I went to a wedding banquet recently.  The invitation came as a surprise. Our friend, the bride, has been single for over fifteen years.  She was very content with her life. Being a caretaker of an elderly parent and working a fulltime job, dating and marriage was not on the top of her priority list.  Imagine my surprise when she told me she was engaged. They decided to have a private ceremony, and we were introduced to the groom for the first time at the banquet. Knowing my friend, I was very curious to learn more about this man who swept her off her feet in a matter of months. As we all got seated at the banquet, the couple got up to address everyone, and the groom began to tell their story. 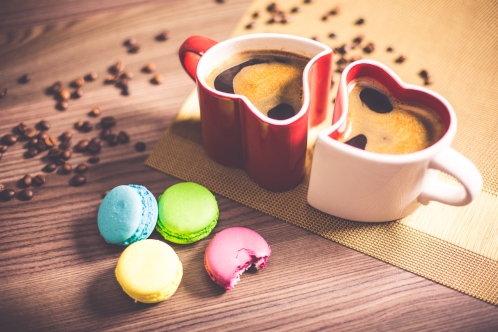 Their paths crossed twenty-five years ago as co-workers.  Eventually, their department was disbanded, and they lost touch with one another. A year ago, he bumped into an old coworker at his daughter’s school. Somehow, the bride’s name came up. By chance, his work had an open position. He thought she would be a perfect candidate, but he didn’t even have her contact info.  On a whim, he searched online, and found an address matching her name.

Not knowing if this was even the right person, He took a chance and wrote a letter about the opportunity with his contact information. To his chagrin, she called him a few weeks later. One thing led to another. She applied for the position and was hired by his manager. And here we are, ten months later, celebrating their wedding.

Their story was full of perfect timing and chance encounters. If any of the events did not line up, things could have turned out very differently. At the right time, someone brought up her name, and he happened to stumble upon the right address.  At the perfect moment, she was offered a job opportunity that came through the most unexpected channel. Two people who have gone through the ups and downs of life suddenly met up after twenty five years and end up falling in love. It’s all orchestrated just perfectly.

It wasn’t just the coincidences that struck me about their story. It was also how perfectly these two were matched for each other.  We have been close friends with the bride for many years. Honestly, I could not have made up a better partner for her. He’s a shy gentleman who genuinely cared for her. I could also see the twinkle in her eyes as they stood together. He made her truly happy.

My friend didn’t have an easy life. With the challenges she experienced, it would have been so easy for her to give up on her faith in the goodness of God. The miracle was that she didn’t. The intricate timing and circumstances of their love story have the divine signature all over it. As I sat at her banquet, I kept thinking that God really showed up for her in a major way. He really is as good and awesome as she believed Him to be all along.

I would have despaired unless I had believed that I would see the goodness of the Lord in the land of the living.  Psalm 27:13 (NASB)

I felt privileged to have shared a part of her life when things were difficult. Because I saw a glimpse of her trials, it made her story today so much more glorious. We were prayer partners 10 years ago. I had sensed then that God would bring her a suitable marriage partner.  With each passing year, the chances of that happening seemed less and less.  As I pondered on what God did for my friend, I realized that I need to stop looking at probabilities when God is involved.

For most of us, we base our decisions on statistics and probabilities. However, statistics are only representations of the past. Ultimately, they have no bearing on what will happen in the future. When it comes to prayer, faith is what’s important, not statistics. In scripture, we often see God operate in ways that go against conventional wisdom and defy statistics. In my prayer life, this is actually the area where I feel most challenged.  If a situation has high probabilities, I tend to have more faith when I pray.  Ironically, I seem to have more faith in statistics than God’s ability and willingness to be involved.

Another thing that hit me was the matter of timing. My expectation of when and how God will answer my prayers was completely different than what God had in mind. While I was hoping for God to answer in a matter of weeks and maybe months, I couldn’t have imagined that His answer may take years to manifest.  I did hear correctly from God that He would bring a life partner for my friend, but I didn’t understand His timing and what intricate plans God had in mind to bring this about.

Their wedding banquet was the best I’ve ever had. I sat at the table with their coworkers from twenty five years ago. They were all just as surprised and touched as I was for the couple. However, a part of my heart wasn’t really that surprised. This is exactly how God likes to do things. He loves to challenge statistics. He loves to laugh in the face of “impossibilities.” This banquet was a testimony about God, and their story will remind me of who God is for many years to come.