What I find challenging about the feeling of regret is that I can’t change the past. What is done is done. I don’t know about you, but I have a bad habit of repeating these memories in my mind. Every time I remembered the situation, it stirred up the feelings of shame and disappointment. Recently, I’ve been learning a new way to respond to these feelings of regret. And it’s very simple – let go of the past and move forward. 🙂 Yep. It’s that simple… but simple doesn’t mean it’s easy. When a friend first said that to me, it was really hard for me to receive. The feeling of regret is usually accompanied by guilt, and I could not let go of the guilt for some reason. 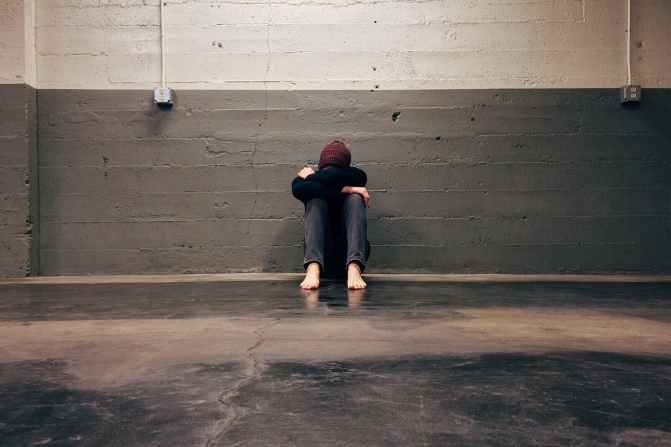 Photo by Pixabay on Pexels.com

Logically I knew this was the right path, but emotionally, I couldn’t follow through. Turned out there were a lot of internal conflicts buried under the guilt and that’s why I couldn’t let go. On the one hand, I wanted to do penance for my mistake by carrying the guilt. On the other hand, I hoped the guilty feelings will stop me from making the same mistake again. Eventually, I realized that these were both futile attempts. Guilt added no value whatsoever, and yet I clung on.

When we dwell in our regrets and guilt from the past, we allow these feelings to occupy our time and attention. These feelings keep us from truly understanding the underlying reasons for our behavior. For a season, I was consistently arguing with a family member. I always felt so guilty afterwards, and regretted my hurtful behavior. Yet, the cycle continued. I felt like I was stuck in a negative pattern I couldn’t break. I chided myself for being a bad Christian. I beat myself up for losing control. Yet, none of these gave me the breakthrough I was looking for. Until one day, I finally asked God for help and invited Him into the situation.

God reminded me that His grace is enough to cover all of my faults. Even though I couldn’t change what I’ve done, I asked God to cover the past with His grace and redeem the situation even though I messed up. Each time the memory surfaced, I prayed the same prayer, and accepted God’s forgiveness and let these feelings go. Eventually, I changed the way I responded to these memories. And the feelings of regret slowly faded away. Ironically, the first thing I learned in dealing with regret is how to accept God’s grace and forgive myself.

When I was able to forgive myself, the emotional smoke screens cleared up. My eyes were opened to the deeper emotional dynamics involved. I realized I’d put the person on such a pedestal that I was disappointed every time we interacted. And the disappointment often triggered my bad behavior. In order for things to change between us, i need to accept who they are now, and let go of my unrealistic projections.

Learning to move on…

The hardest part of processing through regret is moving on. Often, we feel overwhelmed with regret because we’re stuck with the results of our decisions. My usual response is to try to fix things. I want to figure out how I can make up for what I’ve done and “make things right.” However, most of the time, there are no “do-overs” in life. Time does not flow backwards. Now, I’ve learned to humbly accept the consequences of my actions and hand the situation over to God. The sooner I grieve and accept my loss, the sooner I’ll be ready for what God wants to do next.

In acceptance, I take responsibility for my actions. And when I acknowledge that I’m still in need of God’s help, something miraculous happens. It’s human nature to wish for everything to revert back to the way it used to be, but that’s not God’s way. He is always calling us to look forward: “See, I’m doing something new… I’m making a way through the wilderness.” (Is. 43:19) He doesn’t change the past. Rather, He covers the situation with His grace and births a new beginning.

God’s grace and forgiveness are unconditional. I’ve lost count how many times I asked God to cover and redeem the relationships or situations I screwed up. Amazingly, God showed up every single time. He’s creatively put together healing dialogs. He’s opened new doors to replace lost opportunities. In practical ways, God’s shown me that when I ask Him for help, no matter how badly I messed up, He is willing and able to redeem the situation above and beyond my wildest imaginations.

In our social-media centered culture, it feels like death to admit our own shortcomings – even to ourselves. Ironically, when I finally accepted my failings, I found this incredible freedom. Accepting my faults released me from my own unrealistic expectations. I remembered that I am made of dust. God never expected me to do life “perfectly.” In this imperfect world full of broken people, His answer is boundless grace and divine favor.

Somehow, He will make all things beautiful in His time.